It’s a new year and it’s time to look forward. Here at Trains for Europe we’ve looked into the crystal ball and in this post are going to have a look at what’s coming up in the next 12 months in the world of night trains in Europe. What the European Commission intends to do was laid out in December in their action plan that we have looked at here – so this post concerns what will happen nationally in 2022.

The biggest news in 2022 is likely to come in France. The first half of 2022 is France’s Presidency of the Council of the EU, and with the French Presidential election in late spring as well. An informal Transport Council is scheduled to happen in Le Bourget (bad sign – it’s known for its airport!) 21-22 February, and this will be followed by a Symposium on the Revitalisation of Night Trains 23 February in Paris. It is here that we expect France’s transport minister Djebbari to announce more detail of his plans to procure 300 night train carriages, 30 locomotives and 2 workshops for night trains – the framework of the plans were announced in December and we analysed them here. I expect the Presidency will invite EU Transport Commissioner Vălean and and chair of the TRAN Committee in the European Parliament Delli – so as to give a sort of hint of Europeanisation to the whole thing – but it will essentially be a national French plan for the revitalisation of night trains, and when the contract is eventually awarded I would not be at all surprised if everything would then also be manufactured in France. The new trains are due on the tracks starting in 2026.

Beyond that in France I am not holding my breath that we will hear anything much with regard to night trains from either Railcoop or Midnight Trains. Both of these players are masters of publicity (who would not like a community run railway, or a hotel on wheels to work?) but Railcoop’s focus first of all is daytime services, and I cannot see how Midnight can run anything in 2022. Perhaps we will know a little bit more about their respective plans.

Plans have been announced that Norway intends to acquire 17 new long distance trains, some of which will be night trains. Stadler, Alstom, CAF and Talgo have pre-qualified to make them. Norway also wants to run an Oslo-København night train from 2024, but how that could work is not clear currently – it is likely we will know more this year.

In Sweden, the first SJ-RDC run, Trafikverket procured Stockholm-Hamburg Altona night train will run 26 June. But with current operator of the Stockholm-Berlin night train Snälltåget up for sale, there is an opportunity for some reconfiguration of night train operations from Sweden via Denmark to Germany. There might also be some news in 2022 about ideas to procure new night trains for routes in Sweden, first announced in 2020 – apparently 100 carriages and 16 locomotives are what would be needed, but were those carriages to be built to the Swedish loading gauge they could not be used on routes through into Germany, although Akiem’s recent order of 20 200km/h Vectron locomotives could offer suitable motive power for these trains in Sweden.

The real news in Austria is likely to come towards the end of 2022 – when the first new NightJet trains are due to be put in service. These are intended for routes within Austria, and to Italy, Switzerland and Germany initially. As ever ÖBB will communicate all of this impeccably, and will release and re-release what we have already heard, and the press will lap it up. The re-built multi-function carriages will be the first obvious sign of change earlier in the year before the completely new trains start. In 2022 we will also learn more about the further new NightJet routes due in 2023 and 2024, especially those starting and ending in Switzerland – and there might even be the launch of a Zürich-Roma service in December 2022. It also nags at me that night train routes from Austria towards Slovenia and Croatia (and even Serbia?) seem to have been neglected in recent years – might 2022 be the year when some rejuvenated EuroNight services are planned for routes that way?

The news from Belgium and Netherlands is that European Sleeper is due to start its Bruxelles – Amsterdam – Berlin – Praha service in “Summer 2022”, but at the time of writing neither the precise launch date nor the rolling stock for the launch is known. Even getting this service to run is a massive and complex undertaking, and my fear is that when it does finally run the service is going to be a little underwhelming – because European Sleeper’s partner RegioJet does not have the best quality rolling stock (and owns only couchettes and no sleeping cars). We can live in hope I suppose.

The situation in Spain, Portugal and Italy will remain complex. There is a political commitment in Spain to re-activate night trains, but nothing in the way of concrete plans yet. Any such plans would then also be welcome in Portugal. But it seems high speed rail remains the priority in Iberia, as it does in Italy. The Italian state wants to purchase 70 carriages, but for national night trains to southern Italy (we should know more about this in 2022), while – I presume – relying on ÖBB to run NightJets into Italy from the north. Night trains between France and Italy, and France and Spain, remain major gaps in Europe’s night train network, but I expect little progress on either in 2022.

From Czechia RegioJet has bid for paths all over the place, including for some night trains – including a path for a München-Bucuresti service. But here their lack of rolling stock will be a constraint, not least as their successful summer service from Praha to Split and Rijeka will undoubtedly continue. I expect ČD, MÁV, PKP and ZSSK to make some minor investments in their night train rolling stock, but with a focus heavily on existing routes.

And that then brings us to… Germany. Deutsche Bahn’s exit from the night train market now almost a decade ago is well known, and ÖBB has since partially served Germany with its NightJet services. But Germany-Poland, Germany-Benelux and Germany-France routes remain extremely weak (the only night train to Poland – the Berlin-Kraków-Przemyśl – was turned into a daytime service in December 2021 and will not run in 2022). Formally Deutsche Bahn cooperates with ÖBB to run NightJets in Germany, but this cooperation has only been to provide staff and motive power – it has not even extended to full integration of NightJet’s into Deutsche Bahn’s ticketing.

So what will 2022 bring? In short: we have no idea. There is a commitment to night trains in the coalition agreement signed in December, and so the new SPD-Grüne-FDP administration ought to look at the issue. But the car-friendly Volker Wissing of the FDP is the new Transport Minister. So far there is no idea at all about what Germany may practically do. Turning the French plans outlined above into something Franco-German would be politically opportune, but we have no idea if that is even being considered. In all of this Deutsche Bahn casts a long shadow – not keen to run night trains, but at the same time shielded by the SPD from too much competition. Perhaps at least in the next 12 months we might begin to know what Germany intends to do here. 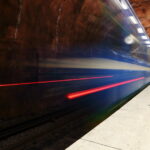 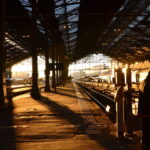 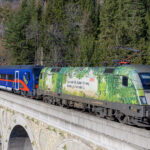 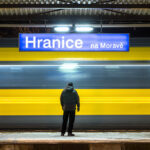 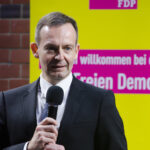