The difficulty the Trains for Europe project has identified is that traditional incumbent rail operators currently have no intention of procuring new night trains for Europe-wide use.

Traditionally one company – think Deutsche Bahn or SNCF – has owned, maintained and operated their trains. But that does not work here, as these companies do not want to enter the night train market. Meanwhile the companies that do want to run night trains lack the financial means to procure new trains.

The solution is to examine different operational models that potentially separate ownership, maintenance and operations – to allow different companies to enter the market and run night trains. Researching each of these options in depth is part of Phase II of our Project Proposal. This page examines each model briefly, using examples from freight trains and regional trains to show what could be possible for night trains.

Trains for Europe is studiously neutral about what companies could operate these trains – were Deutsche Bahn or SNCF, or RegioJet or Snälltåget, to lease the stock from the pool that we propose we would be equally happy. The crucial question is that these services do run and are scaled up!

This explanations here are pretty nerdy, but if you are OK with that, read on!

This solution is offered in the market for freight locomotives already. A leasing company* purchases and owns the locomotives, and maintains them in its own workshops (or sub-contracts the maintenance work), and an operator runs the trains. This is – for example – the way that the cooperation between full service leasing company Railpool and Czechia-based METRANS (subsidiary of Hamburger Hafen und Logistik AG) has operated successfully for a decade.

At present no European leasing company has ordered a fleet of new night train carriages so as to lease them to operators, as this model does not fit the traditional tendering model for passenger rail where leasing companies are normally only approached once an operator has a contract in hand, something that operators of open-access international services by definition do not have. Essentially there is a structural market failure – we know there is a market for night trains, and we know there is a shortage of rolling stock, but at the moment the private sector is not solving this asset problem – the full service ownership leasing model would get to the heart of where the problem is, and solve it.

The problems to overcome here: leasing companies would need to take the risk to procure night train stock. Public grants, loans or guarantees, possibly from the European Investment Bank, might facilitate this process. A system would have to be designed to make sure rolling stock procured this way would then be fairly allocated to operators, and that public investment was not simply flowing into the coffers of private companies.

The south western German state Baden-Württemberg has established a different model to operate its regional train services. The state – through the Landesanstalt Schienenfahrzeuge (SFBW) – procures and owns the trains. Maintenance and operation of the services is then handled by operator companies (Go-Ahead, Abellio, DB Regio). These operators either have their own maintenance facilities, or sub-contract maintenance work.

Two similar systems operates in Sweden for the operation of the night trains between Stockholm and Luleå and Stockholm and Narvik. The Swedish transport agency Trafikverket owns a fleet of locomotives and carriages, and leases these to the operator – currently Vy. The operator is also responsible for maintenance of the fleet – Vy has contracted Bombardier in Luleå for this purpose. For regional services in Sweden twenty regional public transport authorities jointly own Transitio AB, a leasing company. Transitio has procured a fleet of 145 trains for regional services that it leases to the operators chosen by the public transport authorities.

In Norway a state owned company – Norske tog AS – took over all the rolling stock from previous state incumbent NSB, and makes it available to operators. The Norske Tog pool contains locomotives and rolling stock, and night train carriages. The Norwegian state still owns an operating company – Vygruppen AS – that uses rolling stock from the pool, as do private firms such as Go-Ahead Nordic.

This model could be adapted to apply EU wide. Either the EU itself would establish the leasing entity, or one Member State of the European Union would do so, but then contingent on the participation of other Member States in the financing of that organisation.

The problems to overcome here: the European Union has never attempted something like this, so how it would work legally could be problematic. Finding an operator that could maintain and operate the trains could be difficult too – these two aspects might need to be further formally separated. Were the EU to do this, legislation (probably a Regulation) would be required.

The manufacturer owns and maintains the trains model

Perhaps the most radical of all, and a model pioneered in Nordrhein-Westfalen in Germany. The 82 trains for the Rhein-Ruhr-Express (RRX) project are both owned and maintained by the manufacturer, Siemens. They built a new depot for this purpose. Operations are then conducted by other companies such as National Express and Abellio.

This model could be applied Europe-wide, although maintenance would be more problematic as this cannot be centralised in one workshop.

The problems to overcome here: would a manufacturer be willing to do this for night trains? Only Siemens has been ready to do something like this in Europe to date. It might exclude smaller manufacturers from the procurement. Maintenance for a night train fleet would not all be in one place, so would need to be spread across multiple locations or sub-contracted.

Some night train services – such as the Vy-operated Stockholm to the North of Sweden services mentioned above – are contracted using a Public service obligation (PSO) system. Other services – like Snälltåget’s Stockholm-Berlin service – are run purely on a market basis, where the operator applies for appropriate paths. At the moment whether a PSO model for contracting is necessary or not has not been decided by Trains for Europe – it will be addressed in Phase II of our campaign. All the three ownership / leasing models outlined above would be compatible with a PSO model or companies applying for paths on a market basis.

A Europe-wide financing organisation for rolling stock exists already – Eurofima. They even procured standardised daytime carriages in the 1970s. However Eurofima is joint owned by the incumbent railway companies – like SNCF and Deutsche Bahn. In other words the very companies that have so far shown no interest in entering the night train market or interest in procuring new trains. We hence conclude that using Eurofima as the financing mechanism for Trains for Europe is not viable currently.

At present Trains for Europe does not have a fixed position as to which of these models would be the preferable one. This is to be decided in Phase II of the campaign, as detailed in our Project Proposal. 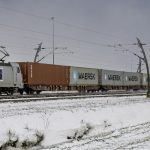 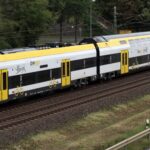 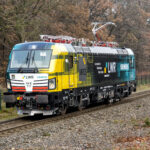 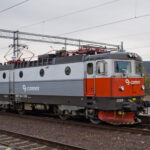 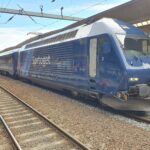 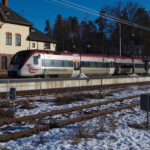