This campaign is about how to scale up the provision of night trains in Europe.

The problem that we have identified is that the lack of available rolling stock – the trains themselves – is the main issue standing in the way of scaling up night trains, and we want to solve that problem. We want to propose practical and workable solutions. The case for more night trains is a strong one. In the future there are other problems to solve with railways in Europe, but night trains need a solution right now. There is also currently no viable alternative to the EU stepping in.

The campaign will be structured in four Phases.

The launch phase. The campaign launched in June 2021, during the European Year of Rail. The first phase is about getting a public debate started around this issue, and laying the ground for the core case to be made – that only EU action can solve the night trains rolling stock problem. Also at this stage Jon Worth, the founder of the campaign, is looking for partners for the campaign to help it grow – more on that here. Right now while the organisational structure of the campaign is being finalised it is currently possible to back the idea as an individual or an organisation, and for that to be listed on our homepage – so we can show there is support for this idea in circles beyond the railway industry.

The research phase will happen in the second half of 2021. Here two questions are going to be answered: which of the three proposed ownership, maintenance and operation models is the best one for this EU night train pool? And how many routes could be served by night trains, and hence how large would the rolling stock pool need to be?

The lobbying phase. Once the solutions have been established in Phase II, work has to begin to persuade policymakers and other stakeholders of the value of the idea, and to push to make legislative or financial change happen. Exactly what form this phase will take, and who will be lobbied, will depend on the outcome of the previous phase. Public campaigning such as digital petitioning could be deployed at this stage.

The implementation phase. Here we make sure what has been researched and lobbied for actually happens – that the contracts are signed or the financial arrangements sorted out. Again the exact form of this phase will depend on the precise form of Phases II and III. The campaign will only wind down once it is clear the pool will come into being.

You can find more detail about each of these phases in the Project Proposal. 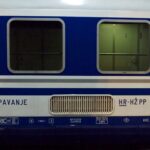 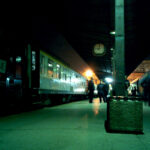