The idea comes from Jon Worth, long time rail traveller and blogger who asked himself the question: what can be done to increase the number of night train services in Europe?

This campaign was the answer.

Trains for Europe is a MitOst e.V. campaign.

Find out here how you can help with that.

We support Trains for Europe

Former MEP and a big fan of night trains

Trains and night trains are a really useful transport system around the world and need to expand.

As a responsible travel business, we believe rail travel is the only way to make travel truly green

These people from different walks of life, and different European countries, back Trains for Europe. Authors, politicians, railway workers, economists, and people who simply love to travel sustainably!

Find out how to become a supporter of Trains for Europe! There are also lots of other ways to help. 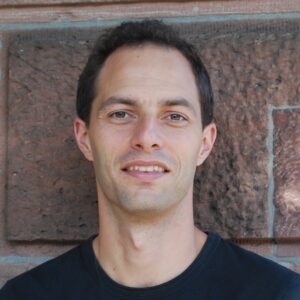 Prior to launching Trains for Europe, Jon spent a lot of his time diagnosing the political problems posed by Brexit but grew tired of a political issue that was driving Europeans apart. Better train connections in Europe will do exactly the opposite - bring people together. For the moment Trains for Europe is being built by Jon in his free time, but with the aim of this becoming his full time occupation.

Jon is a British citizen, permanently resident in Berlin. He has also spent time living in Belgium and Denmark, and speaks French and German as well as his mother tongue. His main paid work - as a digital communications trainer and teacher - has taken him all over Europe for work contracts, with as much of it as possible done by train of course. He also teaches students about European Union politics and communication at the College of Europe in Bruges. He has run digital campaigns for politicians and NGOs and regularly runs communication training courses for both public and private sector organisations. He is also Deputy Chair of the Federal Working Group on Europe of the German Green Party.

You can find out more about Jon on Wikipedia, and on the biography on his personal website.