The governments of France, Italy and Sweden are actively thinking about how they can renew night train networks in those countries. Austrian Railways ÖBB, notably in partnership with Swiss Railways SBB, is investing heavily in new night train carriages and proposing to open new routes – and is backed by the Austrian state to enable them to do so. The railways in the countries of central Europe – PKP, ČD, MÁV, CFR etc. – continue to run their existing night trains. And even the European Commission – with its Action Plan for Cross Border Rail – has realised it has to do a little bit more. We have written a complete overview of who is doing what here.

But it is only Germany – among countries with standard gauge railway networks – where neither the government, nor the predominant incumbent railway company Deutsche Bahn have any intention or plan to improve night trains.

But Germany’s miserable contribution to the rejuvenation of night trains has been rather masked.

When Deutsche Bahn left the night train business completely in 2016 it sold its carriages to ÖBB – who continued to run routes from Germany to Austria, Switzerland and Italy. DB provides just locomotives and crew, and a few seating carriages for some of the ÖBB NightJet routes that cross Germany, but even ticket sales for these trains are not fully integrated with DB systems. A Berlin-Paris/Bruxelles service is due to be added in 2023, when ÖBB can use its newly ordered trains on routes to Italy and cascade the older carriages to run the extra route from Berlin. But for the moment that is about it. Germany cannot rely on the Austrians to run all their night train routes for them.

A few smaller operators have tried to step up, but each has struggled. Snälltåget increased its Berlin-Stockholm service, but it still does not run the whole year round and has to make do with some quite ancient couchette cars, no sleeping cars and a horrible timetable. European Sleeper is due to launch a 3x weekly service Bruxelles-Amsterdam-Berlin-Praha later this year, also likely with only couchettes. RDC provides rolling stock for SJ’s Hamburg-Stockholm service that is due to likewise debut this year, and runs its own Alpen-Sylt Express. Theoretically some of these operators could step up their provision of night trains in Germany further, but at the moment there are no signs of that coming to pass.

At the political level on Page 49 of the 2021 German government coalition agreement (PDF here) there is this phrase: “Grenzüberscheitenden Verkehr wollen wir stärken und mit der EU sowie ihren Mitgliedstaaten Nachtzugangebote aufbauen.” Translated: “We want to strengthen cross-border rail traffic and develop the night train offer with the EU and its member states.”

But so far there is no inkling as to how to make that happen.

So what should Germany – and specifically the German government – do?

DB Fernverkehr AG runs the long distance daytime trains of Deutsche Bahn, and runs cross border daytime services to neighbouring countries in partnership with the railway companies there (ÖBB, SBB, ČD etc.) and even has a joint venture with SNCF (Alleo) for routes to France. DB Fernverkehr is the partner for ÖBB’s NightJet services in Germany. Despite the precarious financial situation faced by the DB AG group, a new order for 43 ICE3neo daytime trains has just been placed – the order totals €1.5bn. DB could finance the order of a new fleet of night trains if it wanted to.

However Deutsche Bahn has refused any re-entry into the overnight business since 2016, arguing that its previous night train business was loss making. Long distance passenger transport in Germany is supposed to be self-financing (i.e. not subsidised by the state – see point 4) below), meaning a setup akin to that enjoyed by ÖBB in Austria (where some night train routes receive public subsidy) is not possible. Trying to fit night trains into Deutsche Bahn’s current rolling stock strategy – mostly EMUs and mostly very standardised formations – could be complicated. And although Deutsche Bahn AG is 100% owned by the German state, the company seeks to maintain a degree of independence over its decisions in Fernverkehr.

If DB Fernvekehr AG is not the place for night trains within the Deutsche Bahn group, would a subsidiary be a better bet? DB AutoZug fulfilled this role until 2013, and there is a more recent precedent in the area of regional train operations – Regionalverkehre Start Deutschland GmbH (generally known as Start) is a subsidiary of DB Regio and claims to bring the best of Deutsche Bahn’s railway expertise together with the innovation and swift thinking of a startup.

Such a subsidiary should be able to be quicker and more nimble than DB Fernverkehr, but nevertheless have the financial and operational clout of Deutsche Bahn behind it. Such a company might also be able to operate night trains completely in other places in Europe as well – and even bid for tenders in France (see below).

The danger of course is that a subsidiary would have neither the scale nor the centrality to the DB group that DB Fernverkehr has, and hence could struggle.

Chances this works: low. But is probably a better bet than DB Fernverkehr doing it.

This is pretty much what France’s transport minister Djebbari is proposing to do – the government will procure a fleet of 300 night train carriages, 30 locomotives and 2 maintenance workshops, and then lease these to operators. There is also the precedent in Baden-Württemberg in Germany with its Landesanstalt Schienenfahrzeuge (SFBW) that we examine here. The problem is that in Germany (at the federal level) for long distance rail transport there is no tendering process to run the routes – or in other words no way for the German state to stipulate on which routes these night trains would be deployed, making an exact copy-paste of the French plans impossible in Germany.

A slightly different approach would be to build on the European Investment Bank’s Green Rail Investment Platform, the complement to the European Commission’s Cross Border Rail Action Plan. The EIB will only cover 50% of the cost of rolling stock acquisition with its loans – would there be a way the German Government could cover the other half, regardless of which company it was purchasing the rolling stock? Or could Germany offer state guarantees for night train rolling stock purchases? The problem of course could be that the German Government would doubtless like to see these trains serving German routes if it provided a system for either loans or state guarantees, but would not have a mechanism to enforce that.

Chances this works: this needs more thinking and analysis, but this has to be part of the solution – whoever a potential operator is. It is not at odds with points 1) or 2) above, or point 5) below.

The general assumption is that public subsidy, and hence indeed even a tendering system, for long distance rail transport in Germany is impossible – due to the way Article 87e paragraph 4 of the German constitution (Grundgesetz) is phrased. Long distance passenger rail has to be eigenwirtschaftlich (self financing, i.e. not making a loss). This inability to offer a public subsidy in Germany was the stated reason for the failure to find an operator for SJ’s proposed Malmö-Bruxelles via Köln night train.

This one is a really hard nut to crack, for it would have implications for long distance transport in Germany as well – it would mean cities like Chemnitz or Trier might be able to get long distance trains back. It might also be necessary as a part of stipulating service patterns and operators for Deutschlandtakt from the end of the decade – what if Deutsche Bahn were simply unable to profitably offer the services foreseen in the Deutschlandtakt plans?

A partial alternative could be to look at part financing night trains from the Land level – this might make sense for routes between (for example) Berlin/Brandenburg and Poland, Baden-Württemberg and France, and Hamburg/Schleswig-Holstein and the Nordic countries.

Chances this works: at the federal level this is such a sacred cow that change any time soon is not likely. Medium term – due to Deutschlandtakt – there is probably no way to avoid this discussion though.

The biggest everyday costs to run night trains are charges to access track and stations. While operators like FlixTrain and (hopefully) European Sleeper have shown that open access passenger trains can be run profitably on the German network, trade association for private rail firms Allrail nevertheless argues that these charges remain too high. Even incumbent railway companies – 6 of whom wrote to the European Commission in December about night trains – propose looking at reducing track access charges among the demands in their letter.

The problem of course is any reduction in track charges reduces the potential income for the network operator – but this is a rather marginal concern right now, as comparatively few night trains run on German tracks anyway, and these run at the times when the network is comparatively empty anyway.

Chances this works: reasonable. This would be a means to solve the problem that would not be against the ideology of the German transport minister Wissing. Whether any operator would then be able to step up to actually run new services would depend on points 1) to 3) above! 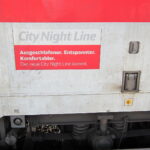