We’ve previously examined the headaches finding rolling stock (i.e. carriages) for the new Zürich – Amsterdam NightJet that will run from December this year, but now another problem has come to light – the locomotives, and specifically that they are too heavy.

We’ve been pointed towards this PDF issued by Dutch rail infrastructure manager ProRail that is entitled “Overloading Statement” and concerns the locomotives for NightJet trains between Amsterdam and the German border.

Every day a NightJet departs from Amsterdam for Vienna and Innsbruck (it is one train in Netherlands, and splits into portions in Germany), and the new service to Zürich will be added in December this year. Dutch railways NS has leased Siemens Vectron locomotives to run these services as these are able to run on both the Dutch and German networks, meaning no locomotive change at the border, and as RailColor reports, NS has recently leased extra locomotives for the Zürich service. These Vectron locomotives weigh 90 tonnes, so have an axle load of 22.5 tonnes.

Let’s focus on the two main passenger train corridors Amsterdam towards the Ruhr / Köln in Germany, shown here in green (map from Open Railway Map, my de-colouring) – these routes via Emmerich (the upper line) and Venlo (the lower line) have line speeds mostly 140km/h: 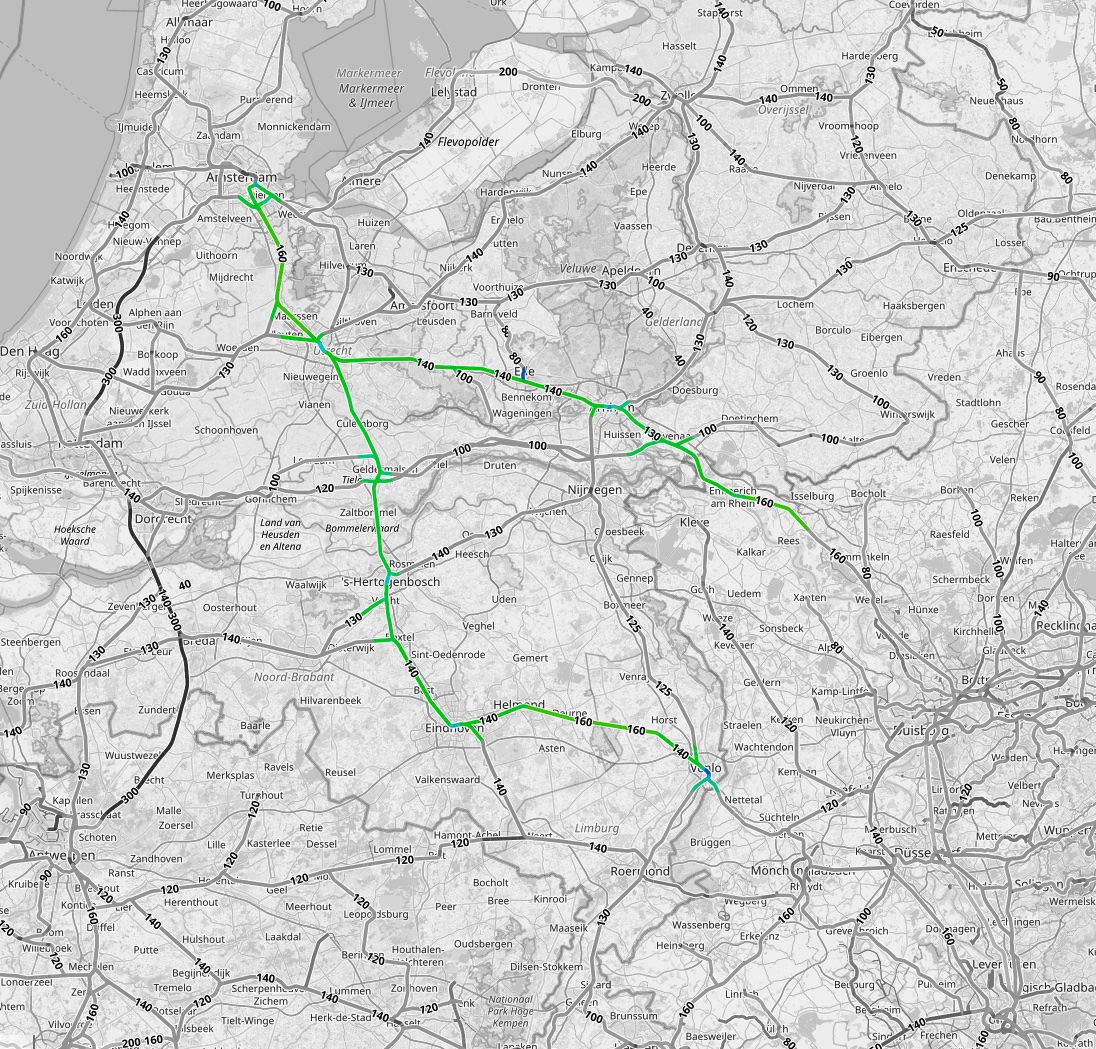 Then to what ProRail says – my translations

• On the Amsterdam-Utrecht-Arnhem-German border route: 1 time per 24 hours in each direction
path in which the Vectron is allowed to travel at a speed of up to 140 km/h;
• On the route Utrecht-Eindhoven-Venlo-German border: a path once every 24 hours in each direction
in which a Vectron can drive at 140 km/h with a maximum of 56 days per timetable year

So – I presume – the Amsterdam-Vienna/Innsbruck train keeps its path via Emmerich at 140km/h, but the second train – from Zürich – is allowed to run at only 100km/h. And then if engineering works require a re-routing via Venlo (56 paths a year), there too only 1 train will be allowed at 140km/h, and the second one will be slower.

The impact: an increased journey time of between 31 and 36 minutes, not least because the NightJet then has to – due to its lower speed – also have to wait for a faster national NS InterCity train to overtake it – explained on Page 2 of the ProRail PDF.

So what by now you might be wondering is the cause of all of this? Page 3 of the ProRail PDF gives some clues – again my translations:

Utrecht-Culemborg
From the Amsterdam-Rhine Canal there are here and there sub-strata problems. Based on the information from the subsoil, many peat and clay layers are present.

Waalbrug-Den Bosch
In the river area there are both shallow and deep peat and clay layers present.

In other words: the track is subsiding or unstable, and hence cannot cope with the heavier axle loads.

It looks like some track works are going to be needed in Netherlands before these speed restrictions can be solved!

NOTE: an earlier version of this blog post erroneously implied the Zürich NightJet would always run via Venlo. This is not the case, and the post has been updated accordingly. 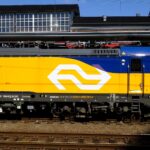