We’ve been invited to present at an event in February about night train services to and from Berlin, the city where our campaign is based. That has led to some interesting reflections – rather than seeing the complete picture of night trains in Europe, what would work from one city (or – at a push – through Berlin)?

Our research led us to the following conclusions:

The routes are plotted on this map: 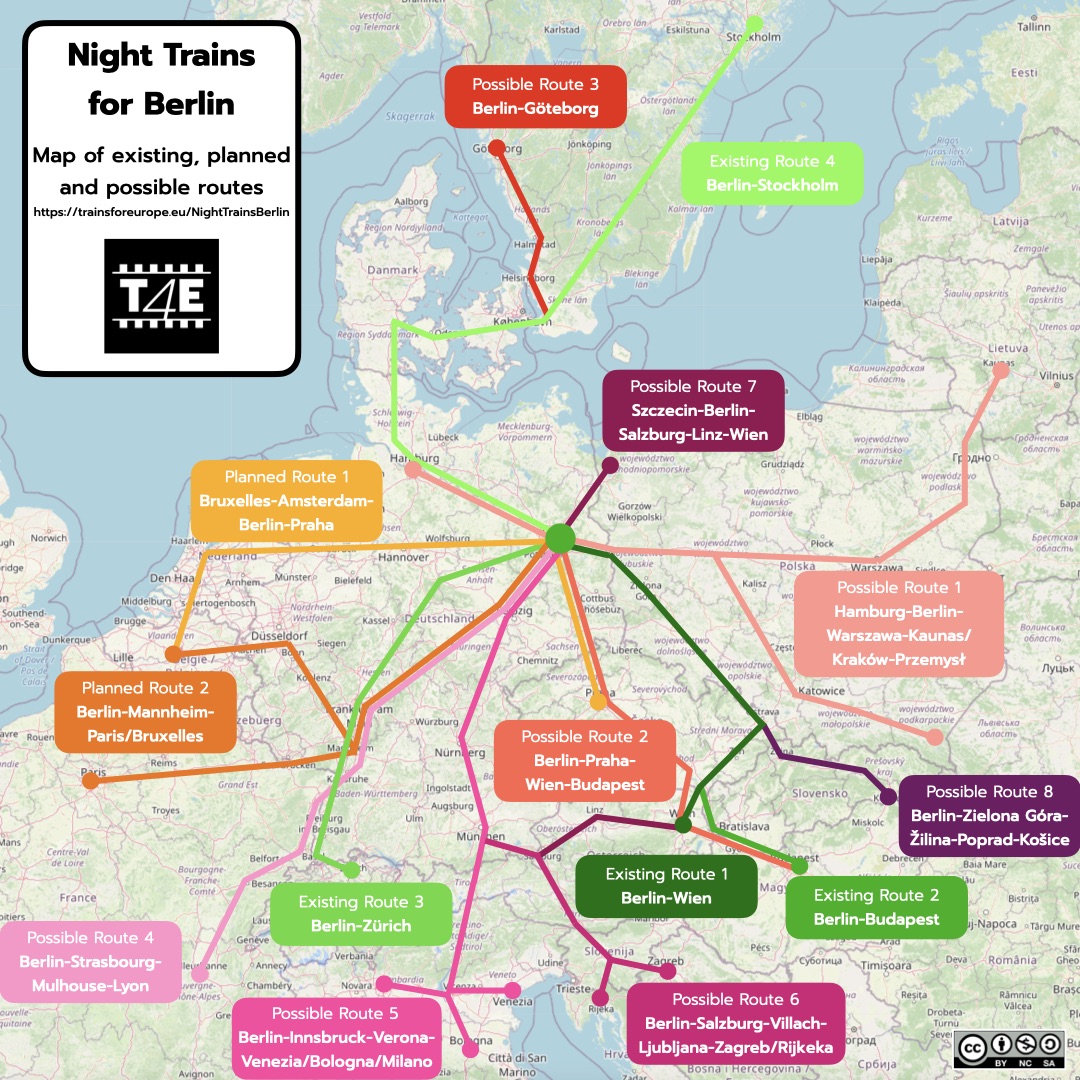 The timetable workings are available in this .xlsx file, and detailed visuals and maps, and further explanations of the plans and timetables are in this presentation:


We have assessed what routes would work using a locomotive hauled, ETCS equipped, night train with a maximum speed of 200km/h – essentially the minimum requirements for a night train we set out in out own campaign here. Timetables are based on those of daytime trains with similar specifications on each route, and we count on being able to use high speed lines in Germany and Austria, but not in France or Italy. The line to Szczecin assumes the ongoing upgrading works are completed, and all lines are workable with an electric locomotive, apart from the Białystok-Kaunas section of Possible Route 1. Our priority was to find routes that would be viable throughout the year – in a subsequent version of the map we might seek to add summer and wintertime extensions (probably to Possible Route 2 and Possible Route 4).

As this assessment is simply about what routes would be possible we have not checked path availability, nor have we done an assessment of possible passenger demand for each route. We have also not asked the question which company or companies could run these routes – those are questions that require further research and discussion.

So let us know what you think!

* – the Paris-Berlin-Moscow train is not covered here. It was suspended due to the COVID pandemic, but it used to transit Belarus, so given the political situation there it is currently impossible to assess the chances it will return