Trains for Europe – at least initially – focuses on night trains on standard gauge lines in Europe. That means that for the Iberian peninsula different solutions are needed. In this guest post, João Cunha explains the current situation with cross-border Portugal-Spain night trains, and proposes a way forward.

The Iberian gauge presents a challenge for railway operations in Spain and Portugal – at least if the goal is to operate trains beyond the Pyrenees and onto the standard gauge network in France. However, for cross-border operations between Spain and Portugal, such as the legendary Sud Express train Lisboa – Hendaye and the Lusitânia Lisboa – Madrid, drawing options is an easier exercise. Both trains were suspended following the Covid-19 crisis, without any real dates known for their return.

The key priority is the return of the Sud Express train from Lisboa to Hendaye, which serves a critical corridor opening Portugal and the northern region of Spain to France and the rest of Europe. As for the Lusitânia Lisboa – Madrid I admit that the return may wait for 2023, when the new line Évora – Badajoz – Plasencia will be opened and daytime rail travel will be competitive and can then enable competitive connections overnight between Lisboa and Barcelona, the second pillar of the strategy for international night trains in the Iberian Peninsula. Barcelona is turning into a key rail hub in Southern Europe, and while Madrid is close enough for a day ride from Lisboa once the new line opens, accessing Barcelona will only be competitive with overnight journeys, all other options will point planes as the best option to take – and that is what we want to avoid.

However the reactivation of these services faces considerable challenges on the rolling stock side.

Prior to their Covid-19 suspension the Sud Express Lisboa – Hendaye and Lusitânia Lisboa – Madrid used Talgo IV consists, usually with a carriage for the Gran Classe segment (1st class beds). Those consists were part of a pool of 4 that were operated by incumbent operators CP and Renfe, the only Talgo consists that even included the CP logo. After the service suspension they were stored in the La Sagra depot, Toledo, and the loan contract between CP and Renfe was suspended.

Renfe has been selling all its night train stock, even those that used to run the Elipsos trains France – Spain, and it is likely that these Talgo IV trainsets used for the Sud Express and Lusitânia have reached the end of their life. As Renfe is resisting restarting even its interior night trains such as the important Galicia – Barcelona route, it is likely that this Talgo trains will never return to action again in the country – at least, not with Renfe involved. As Talgo has been buying back some trainsets from Renfe to sell to India, is even unlikely that this could be an option to rent or sell this trains to CP or any other operator willing to take over the night routes.

The fleet of night trains carriages is now limited to a very narrow range of vehicles that still belong to CP, that formed the Sud Express train until its replacement by the Talgos, back in 2010 – two fully refurbished UH 1st class sleepers (out of 4 that existed, the remaining were scrapped), four restaurant cars (from Sorefame, built between 1961 and 1975) and five Corail 2nd class couchettes, acquired from Renfe in July 2020 and built by CAF, in Spain. At the same time, CP also acquired three 1st class coaches with reclining seats, particularly good for a night train and that were previously used on the night route between Madrid and Portbou – in the former classic train Estrella Costa Brava.

Apart from some preserved coaches in Spain, there are no other options in the Iberian Peninsula to recover the night service. For the Sud Express between Lisboa and Hendaye, at least some 1st class sleeper cars are missing, and the refurbishment of the remaining cars listed above would be the minimum.

To increase the existing fleet, possible options include refurbishing some of the old Sorefame coaches that CP still has that are not in service, that could be transformed for this purpose. CP has an history – and know-how – on completing transforming existing vehicles, fully transforming interior commodities and retrofitting critical components such as the bogies.

The best option to rebuild a fleet that could be suitable for the bare minimum needs of a night offer between Lisboa and Hendaye is to procure 2nd hand sleeper and restaurant coaches from elsewhere in Europe, such as SNCF Corail couchettes or coaches from DB, ÖBB or FS, for example. Re-gauging is quite easy and has been made in the past several times – for example, the UH coaches CP still has were bought in the early 1990s from Germany and re-gauged. A maximum speed of 160km/h would be adequate for these services.

The first interoperability problem existing relates to the type of current being supplied by locomotives to the train, as Portugal and Spain have different standards. In Portugal, a 1.500V current is supplied by Portuguese locomotives to the carriages, versus 3.000V on the other side of the border. Nevertheless, the solution being implemented in the ex-Arco coaches (bought by CP for day service in Portugal, in 2020) could be replicated, keeping the original converter, and adding an entry booster to adjust the current supplied from 1.500 to 3.000V. In the border, the only operation needed would be to switch off the booster.
The line from the Portuguese border at Vilar Formoso to Salamanca is in the final stage of electrification, with the same 25kV current as the section Salamanca – Medina and used on the Portuguese network, which means that diesel traction can be avoided soon.

However, the only dual voltage locomotives in the peninsula are a small batch of Class 252 locomotives that have Iberian Gauge, and are usually used in Galicia and almost with no services to do. Even if they are not currently equipped to run in Portugal – which would be hard before ETCS is deployed in the country – they could easily operate between Vilar Formoso and the French border at Hendaye. It does not seem likely that the logistical operation at the border, at the expenses of CP, could pose a cost problem for this service. The company already knows how to do this, performing this already in Guarda (40 km from Vilar Formoso) and Valença (border station between Portugal and the Galicia region of Spain).

The key problem is that Renfe is now unwilling to share the burden for the whole operation of the service. Sud Express was maintained for the last two decades at the expenses of CP alone. As CP is not willing to keep this burden all alone, the partnership with Renfe may well reached its limits, even more because we know the Spanish operator has been refusing all kinds of plans for night trains – including routes linking Spain with France and beyond, as publicly stated in a French report made public in the last couple of weeks.

The solution could be a partnership between CP and other operator, where Captrain (SNCF) seems to be the most viable one – Captrain has already license to operate passenger trains and it is helping SNCF with operation of the Ouigo low cost operation in Spain. While Captrain does not have dual voltage locomotives, it is also true that converting the existing small fleet of 3 Bombardier 253 locomotives could be

a proper solution – such a small fleet will likely be a burden for the freight services they operate nowadays, with the arrival of the new Stadler Euro6000 locomotives that were acquired by the company.

A typical train could be formed by a sleeper coach (UH and a new type to procure abroad), a Sorefame restaurant car, a 1st class coach, two Corail couchettes and eventually also 2nd class seating cars, as this route was historically procured by interrailers and low-income travelers, where comfort is not always a choice factor. This consist could easily run at 160 km/h, adapting the Sorefame bogies and eventually the 253 locomotives from Captrain, that are currently limited to 140 km/h but can run at higher speeds.

160 km/h operation should allow linking Lisboa with Hendaye in under 11 hours, with enough buffer for punctuality, that is always important for trains running overnight when some of the lines have maintenance works planned.
Exploring options to upgrade the train for 200 km/h operation could be interesting to combine it in Portugal with the current Intercity trains from Lisboa to Guarda (extended to the Spanish border, just 40 kms away), which would further decrease the operations costs. That could be the real interest to have the train running at a maximum speed of 200 km/h – the maximum speed of Portugal’s Intercity trains – because along the Sud Express route this upgrade from 160 km/h would not save more than a couple of minutes, as very few sections are authorized to such speeds along the route.

Even though procuring new trains should be the path forward – eventually with dual gauge option to run until Bordeaux – there are a few viable options on the table to resume the Sud Express operation in just a couple of months. The main obstacle seems to be Renfe, at this stage, which elevates this question to a political matter that should be handled by the local governments. 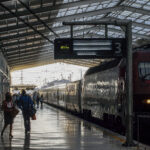 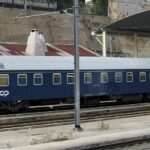 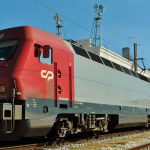 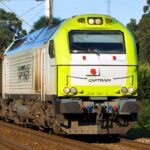 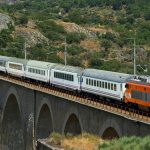