Nostalgia is important in railways. Families and enthusiasts alike visit heritage railways, and railway companies across Europe try to motivate passengers to take trains today using symbolism of the past.

And there is no symbolism stronger in cross-border rail in Europe than the Trans Europ Express (TEE), probably because more people alive today have heard the Kraftwerk album and song called that than ever took TEE trains! Given that the trains that ran between the 1950s and 1980s were deluxe services that were first class only, the network was dismantled as it did not match the needs of the masses.

German transport minister Andreas Scheuer has sought to draw on this nostalgia and propose “TEE 2.0”, an updated version of the TEE idea for today’s railways, and has organised a series of “Rail Summits” to promote his plans. Scheuer’s ministry has released a hefty slide pack with more details of the plans here.

Railway author Tom Chesshyre has penned a piece for The New European about the possible return of TEE trains to Europe’s tracks, and Poul Kattler has written a critique of the plans for Back on Track as well.

These are the proposed TEE 2.0 routes, short term:

At the moment Trains for Europe is not concerned with daytime routes, but the map of overnight routes does have some similarities with our Potential Connections.

The problem with all of this as we see it: there can be no scaling up of long distance cross border routes unless there is suitable rolling stock to run the trains. In other words: what Trains for Europe advocates is one possible way to actually make TEE 2.0 – at least the night trains part of it – a reality. 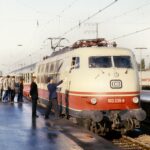 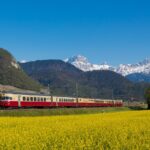